The Reason Booth Had To Die 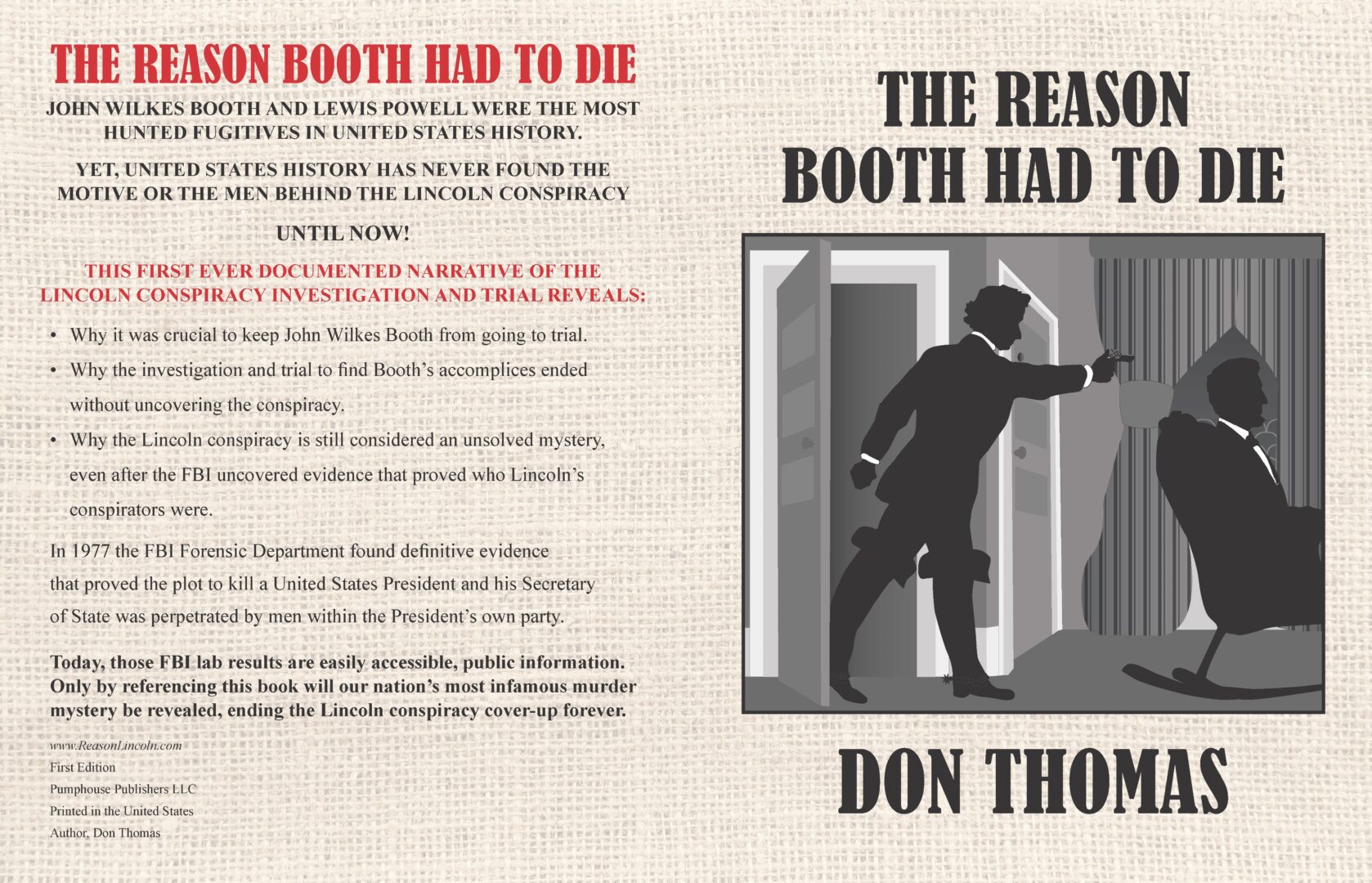 The Reason Booth Had to Die is a documented reference source exposing the biggest hoax ever played on the United States public.

Most everyone is aware of the many parallels between the Lincoln and Kennedy assassinations. However, few people are aware that the major difference between those two conspiracies is that the plot to assassinate Abraham Lincoln is no longer an unsolved mystery.

The Reason Booth Had to Die ends all theories about the motive for killing President Lincoln and explains why the conspiracy has stubbornly endured as one long disgraceful political cover-up.

The U. S. Freedom of Information Act (FOIA) enabled Don Thomas to uncover the Lincoln conspiracy just by searching easily accessible public information. This new book can now direct everyone to an immense volume of once censored National Archives documents collected during the 1865 conspiracy investigation. Although, the most definitive evidence to prove a Washington conspiracy to kill Lincoln is his analysis of the 1977 FBI examination of Booth's diary confession. Those two sources, either together or separately, will reveal the secret political motive to stop President Lincoln from serving out his elected term, as well as identifying those most responsible for censoring this information from the public.

Anyone who still assumes that the Lincoln conspiracy is just a theory has not read the research published by Don Thomas or checked the public sources provided by the (FOIA).

Keeping the public ignorant of this politically motivated, domestic terrorist attack against the Lincoln administration is no longer possible.

History does not repeat itself, the past is repeated by the ignorant, and Abraham Lincoln was not the only United States President violently removed from office.

Buy the Book at Amazon.com