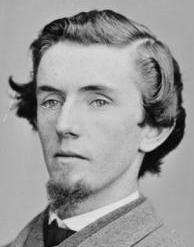 Did John Surratt Get Away with Murder?

American history remembers John Surratt as a Confederate spy and the number one accomplice of John Wilkes Booth.  He escaped Lincoln's conspiracy trial but was captured in Europe almost two years later and tried as an assassin.

John Surratt, Jefferson Davis, and every captured Confederate lived out the rest of their lives as free men.  None were ever convicted or punished for Lincoln's assassination.

The question history has left unanswered is:  Did they all escape justice?  Read this article... 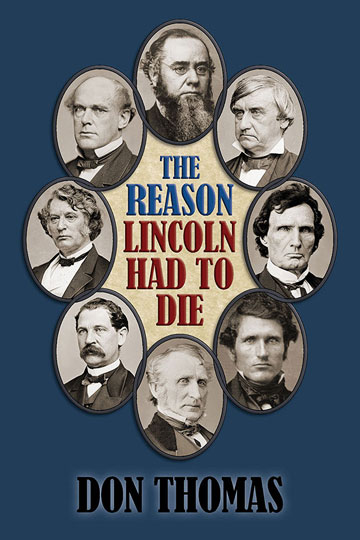 Is There Evidence of a Lincoln Conspiracy Cover-Up?

These eight short history questions and answers provide documented proof that the Lincoln conspiracy investigation and trial was used to cover up a Washington conspiracy to remove Lincoln from office.

If you have never read anything by Don Thomas, there will be little chance of answering a single question correctly.  Take the quiz and review the answers... 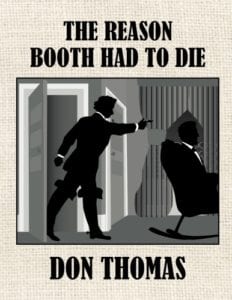 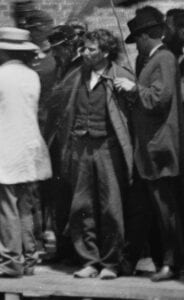 Secretary Edwin Stanton's War Department paid a $25,000 reward to have George Atzerodt arrested as an accomplish to John Wilkes Booth.  Stanton's military commission tried Atzerodt, found him guilty, and hanged him by the neck until dead.

Before passing judgement, please read this article and discover why many historians selectively omit specific evidence collected during the Lincoln conspiracy investigation.   Read the article... 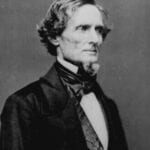 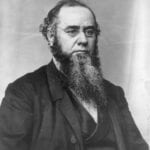 Was the murder that ended President Lincoln's second term a Richmond or Washington conspiracy?

Which man had the motive, opportunity, and ability to kill Lincoln and cover-up the crime?

Another Stanton Bait and Switch

The Lynching of Mary Surratt (A New Updated Version)

Many believe that the execution of Mary Surratt was a shameful atrocity that never should have happened.

And there are those who believe that law and justice should apply to everyone equally regardless of race, creed, or gender.

The hanging of Mary Surratt is still hotly debated, but this article reveals something new about  the life-and-death of Mary Surratt found no where else.   Read more of this updated article....... 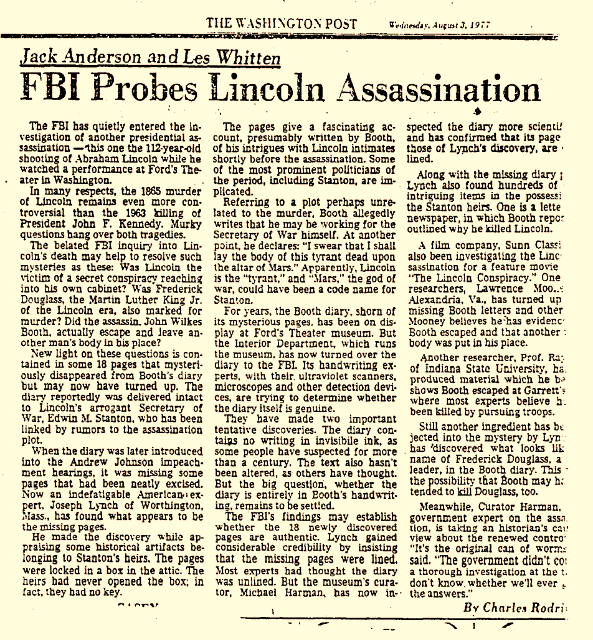 In 1977, Booth's diary was again under government investigation, but once more, Stanton's secret was successfully concealed.

My analysis of the FBI Forensic Exam of Booth's diary exposes why the missing pages were stolen, and never recovered.  Read more..... 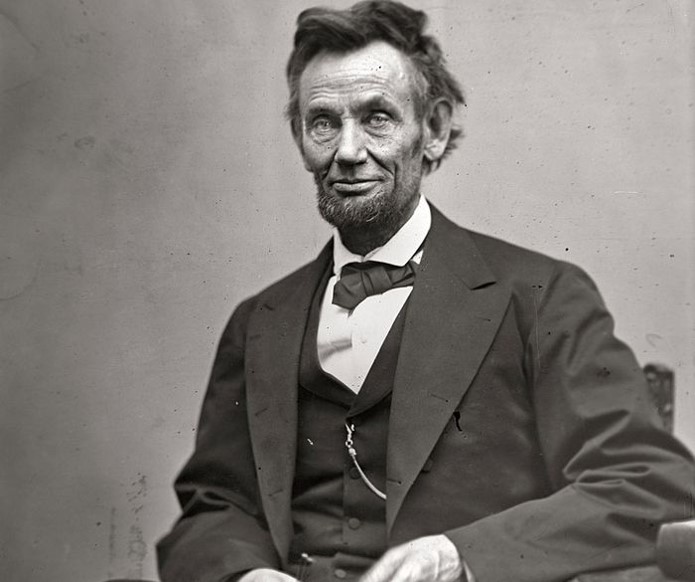 The Washington Conspiracy to Remove Lincoln from Office

Just hours before Lincoln was shot to death he turned to his bodyguard William H. Crook and said:  "Crook, do you know I believe there are men who want to take my life?  And I have no doubt they will do it.  Other men had been assassinated.  I know no one could do it and escape alive.  But if it is to be done it is impossible to prevent."

George Atzerodt, after ten days in a floating dungeon, tried to lighten his fate by telling the War Department all he knew about Booth's plans to assassinate Lincoln. He named everyone in the old kidnapping gang, plus several others that have strangely remained absent from prosecution and history books.

How They Got Away with Murder
by Don Thomas

NEW EVIDENCE: Booth and his helpers, Herold and Atzerodt, all mentioned "the others," a "crowd" from New York, among whom were minstrels, and with whom Booth worked to kill Lincoln. For the first time in history, Thomas identifies people in and around this crowd. The War Department identified several of them, but took no actions to prosecute them. 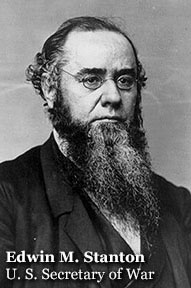 Eleven months before Lee's surrender, Major General Benjamin Butler was positioned to take Petersburg, Virginia, with an overwhelming force. Confederate reinforcements were detained, creating a two- to three-day window of opportunity to take this vital crossroads city, only 30 miles from Richmond. But a major, strategic Union victory just weeks before the Republican nomination was the last thing Lincoln's enemies wanted.

The Capitalists Who Supported Lincoln's Rise and Demanded His Fall

An examination of the economic and political forces that made Lincoln's career possible, and made his removal necessary.